Wes Ball is quite the genius.

In the world of YA adaptations set in dystopian futures, The Hunger Games series is Citizen Kane, the Divergent series is The Room, while the Maze Runner series is… hmm, it’s somewhere in the middle. It is neither here nor there; neither good nor bad. It isn’t as inspired as Hunger Games, nor does it give you a terrible headache that you get watching Divergent. The Maze Runner series just sorta exists. It’s the forgotten bastard child in the family.

The reason why this series has successfully maintained a strong sense a mediocrity is because of director Wes Ball’s immense talent. I know, I sound like I’m contradicting myself, using words like ‘mediocrity’ and ‘immense talent’ in the same sentence, like a bozo high on 74 different prescribed drugs. But it’ll all make sense in a minute. 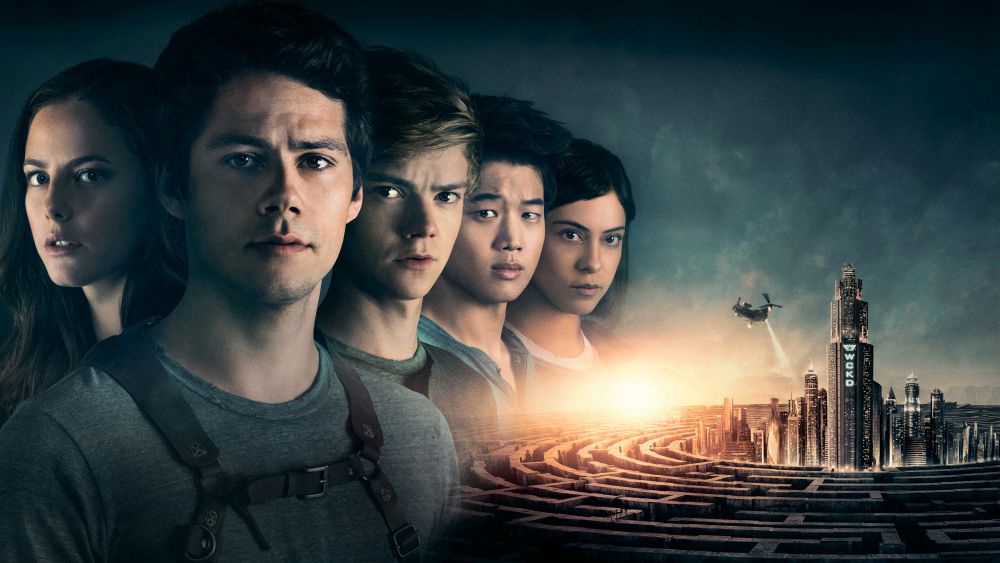 The Maze Runner story is one that doesn’t add up, even on a surface level. And the more you think about it, the more you begin to wonder if author James Dashner (I’m assuming that the story structure of the movies is similar to the books), just made up shit as he went along. Or perhaps he brainstormed ideas with a 10-year-old.

The original “Maze Runner” starts off great. Just like the first two seasons of “Lost”, with each passing second, you become more curious. The movie keeps teasing you, and you have your tongue out, salivating for answers. And in typical “Lost” fashion, the more answers you’re given the less it makes sense.

You learn that WCKD is using teens as lab rats (by throwing them into a jungle) because they’re immune to a zombie outbreak that has plagued most of the world. But if your purpose is to test how amazeballs their immune system is, wouldn’t a diseased filled jungle be enough? Why create a shifting maze with a robot spider? How will that help the experiment? It seems unnecessarily elaborate. Like I said, 10-year-old. 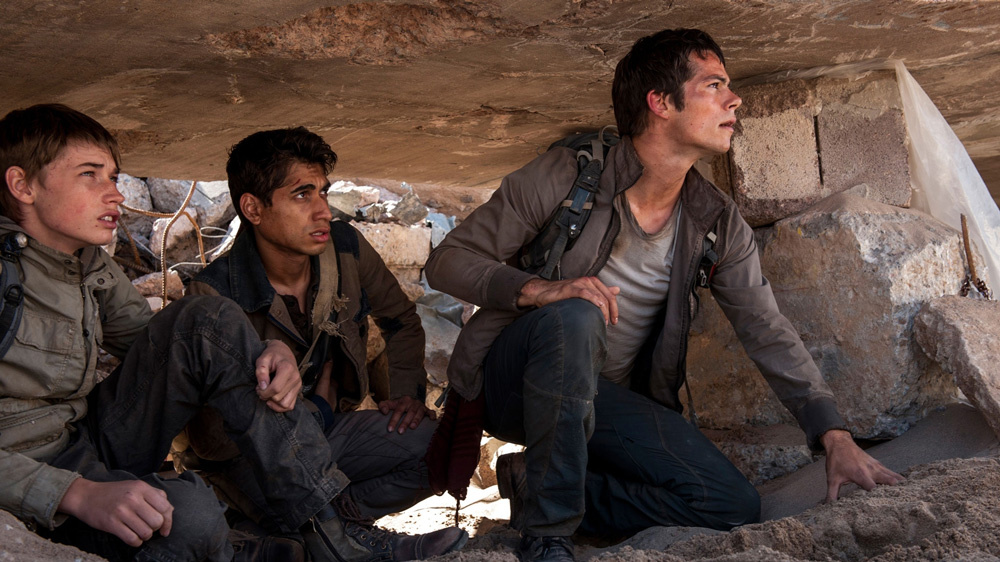 In the second movie, “The Scorch Trials”, you learn that WCKD is actually putting teens into a medically induced coma to study their blood to find a cure. As cruel as this sounds, it makes sense. But, the problem is, it creates a bigger plot hole and a gaping question: If WCKD has been testing kids this way all along, then what the f**k is the purpose of the jungle, maze, and robot spider? Also, why are the bad guys pretending to be good, but then kidnapping kids in small groups, and leaving everyone else to grow in suspicion? Is the Maze Runner series about how stupid some corporations can be? Am I missing something here?

Wait. I’m not done. In the second act of “The Scorch Trials”, the kids break out of the WCKD facility and the entire movie just becomes a regular zombie apocalypse thriller and the larger ‘mysteries’ are proven to be pointless.

Then comes the finale, The Death Cure, which almost completely ignores everything that came before it. No more mystery, no more worldbuilding. This is an all-out action film. And then the movie ends with another frustrating, gaping plot hole, which I will discuss in a spoiler section at the end of the article.

Good news is, despite the story being complete and utter garbage, The Death Cure, just like its predecessors, manages to be mediocre. Heck, I’ll even go as far as to say that it’s fun. And that’s because of the genius that is Wes Ball. Seriously, it takes a genius to be able to elevate something as incohesive as the Maze Runner storyline and turn it into something that is actually worth watching. I believe Wes Ball took on these projects for practice, before he moves on to bigger (or smaller) and better things. He should be given more opportunities because he has proven himself to be a capable helmer. 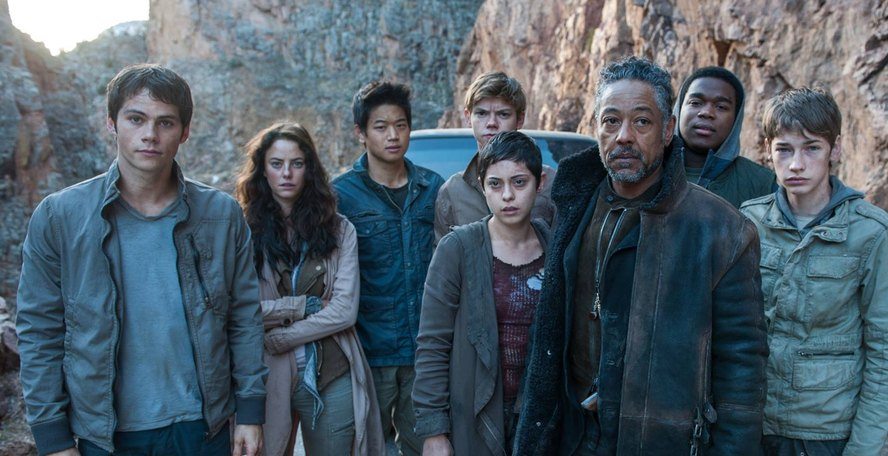 In The Death Cure, Wes Ball once again hoodwinks you. He makes you forget about the story by giving you engaging and purposeful action sequences. The film opens with an action scene akin to the opening of the fourth “Fast and Furious” movie. It’s not cheap and poorly cut together like the garbage you see in the “Resident Evil” movies. Here, it keeps you on the edge of your seat. I shouldn’t be enthralled — I couldn’t even remember any of these characters’ names until they started mentioning it again in this movie — but I am. It’s not something that will make you scream holy shit, but you’re never bored.

The group keeps getting bigger and bigger. Thomas and his buddies sorta have their own colony right now with approximately a hundred or so people. They’re planning to repair an old abandoned ship and escape to a safe haven, where WCKD and the rest of the world wouldn’t be able to find them. But before that, they have to rescue their buddy Minho, who’s being held captive at the headquarters of WCKD. They stumble into a group of underground guerilla soldiers who offer to help. Except these soldiers secretly have other plans: they want to start a war.

So this is a break-in-and-rescue film, a war film, and also a film about finding the cure to a zombie virus. None of these plot threads are weaved together, especially the part where the guerilla soldiers break into the city and cause havoc. It is COMPLETELY irrelevant and pointless, but Wes Ball makes the explosions look cool, and these explosions make it slightly more challenging for our heroes to get from point A to point B. 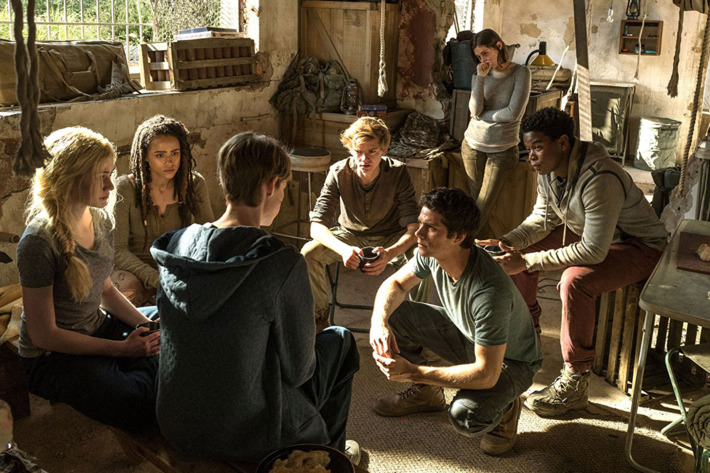 When the plot is fully unraveled, you realize how completely pointless everything that came before it is. The first movie? Completely pointless. The second movie? Into the garbage can it goes. But the genius of Wes Ball is, you don’t realize it immediately. Or at least I didn’t. It took me a good three minutes after the end credits started to roll. For the sake of your enjoyment, hopefully, you’re as stupid as I am.

The cast also do a decent enough job. Again, nothing to scream about, but they elevate the material they’re given. The two standouts are Thomas Brodie-Sangster, who plays Newt and Rosa Salazar — Jesus, what a badass name — who plays Brenda. Sangster is charming and charismatic. He’s badass, but also brings a certain vulnerability to the table that just makes the character all the more compelling. He steals the movie. There is one sequence in particular, in which his performance is so much better than the movie, it would leave you broken had the character been better written.

Brenda is the female character we care about, not because of the writing, but because Rosa Salazar rocks. She kicks ass and just has so much spunk. It’s funny how both these supporting actors do a much better job than our less than stellar co-leads, Dylan O’Brien and Kaya Scodelario.

I would like to discuss the most nonsensical aspect of this movie. For that, I have to move into spoiler territory.

We’ve been led to believe that the entire plot of the Maze Runner series is finding the cure for the zombie outbreak. That was the entire purpose of the maze. But at the end of The Death Cure, NOTHING is solved, and not in a thematic ‘that’s just life’ sense, either. It’s just that WCKD gets destroyed and our heroes and their new colony escape to a safe haven.

Now, it would be different if the purpose of the storyline was to show us that men cannot and should not play God. That sometimes, there is no cure. All you can do is survive and rebuild. That would’ve been thematic. But the problem with the story is, in the end, WCKD was RIGHT. They managed to find a cure: Thomas’ blood. But the last moments of the film just ignore that completely and our heroes go to a safe haven. So what was the point of it all?

Also, the fact that Thomas’ blood is the cure is bloody ridiculous in and of itself. Because again it points back to the question that’s been asked over and over again throughout this review: WHAT WAS THE PURPOSE OF THE FIRST AND SECOND MOVIE? Couldn’t they have just taken a swab of all the immunes’ blood from the get go and just looked under a microscope? Which is literally what happens here, by the way. Teresa takes Thomas’ blood from a bloody bandage and puts it under a microscope and says, “it’s killing off the virus.” PROBLEM SOLVED. I shit you not.

Why the need for an evil corporation? Couldn’t WCKD, from the very start just made an announcement: “Hey peeps, for the sake of mankind’s survival, we need everyone who is immune to the virus to give us a little bit of blood for testing.” Who on earth would say no that?

If anyone has any answers to my questions, please leave a comment below or tweet at me. It would be awesome if you could point out something I’m not seeing.

The Maze Runner series isn't as inspired as Hunger Games, nor does it give you a terrible headache that you get watching Divergent. The Maze Runner series just sorta exists. It's the forgotten second child in the family. The Death Cure is no different, but Wes Ball's immense talents elevates this movie to mediocre heights.