Sanchez is a better director than he is a writer.

I find it hard to believe that it’s January and I am yet to find a horror movie that I loathe or particularly dislike for that matter. It’s not that I’m actively looking for a crappy horror movie to obliterate — believe it or not, I actually prefer watching and reviewing good movies over bad ones — but I’ve just gotten so used to that being the status-quo, that I walked out of Marrowbone today feeling like I’ve been Punk’d. Okay, Ashton Kutcher, you can come out now.

Marrowbone is an English-language Spanish horror film that isn’t actually a horror film in a conventional sense, but a family drama. Horror movies that aren’t necessarily ‘horror movies’ seem to be the trend these days (“The Babadook” is about depression; Get Out is about racism). A trend that I welcome with open arms. 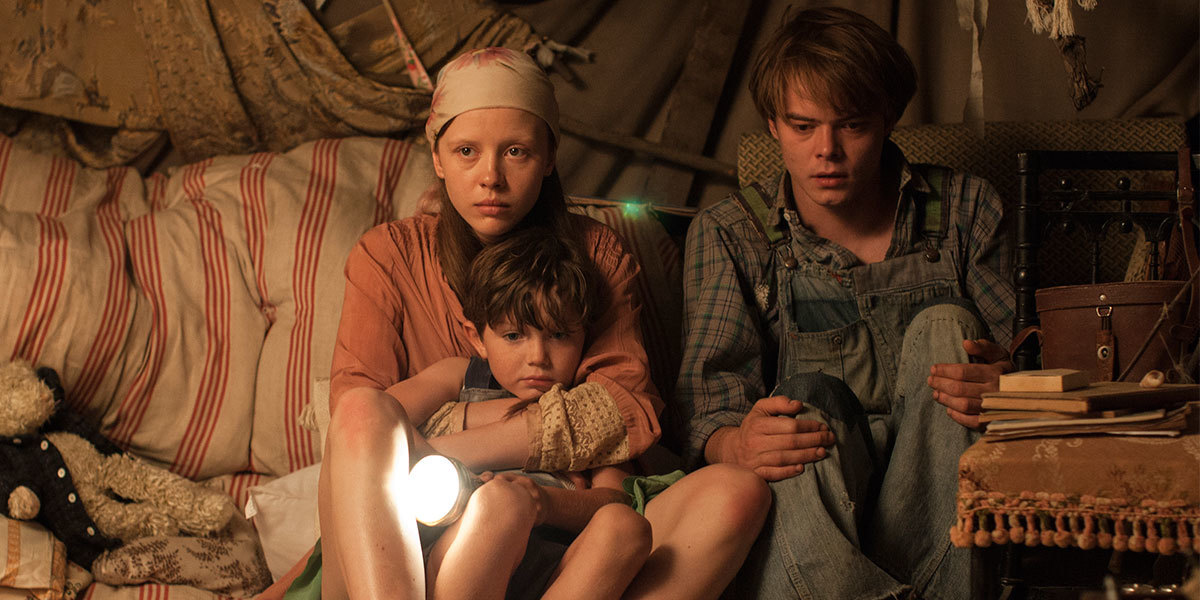 Marrowbone has a creepy open. We meet a family, which by the way behaves more like a cult than a regular British family, seemingly on the run from someone. We learn that the ‘someone’ is the kids’ father, who is a vile man. They do not speak of him. This is followed by a scene, perhaps taking place a few months later, that re-establishes the father’s presence. He shoots at the house, nearly killing his daughter. The film then cuts to the present, where all the children are alright. Weird? Perhaps. But anyone who’s familiar with the genre, or movies, in general, will know that a twist is imminent.

What Spanish director Sergio G. Sánchez does exceptionally well here, is consistently create suspense and tension from start to finish. He teases us with the idea that there’s a ghost living in the attic. But why is there a ghost? And what about the father? Is the father the ghost? Did they kill the father? Are the father and the ghost two separate entities haunting them? Is the ghost just a metaphor?

You’re constantly guessing and wondering. We want to know answers, but Sanchez doesn’t give it to us, not immediately anyway. We’re constantly kept on our toes without an abundance of (or any) jumpscares and false jumpscares and that is the brilliance of Sanchez’s work behind the camera. All the mirrors in the house are either covered or put away. We assume it’s because the mirrors function as a portal of sorts. As long as it’s covered, the family is safe. This isn’t explicitly mentioned by any of the characters, but we assume so because of how Sanchez has designed the film.

Sanchez is a talented man behind the camera. But the same can’t be said about his writing. The premise of Marrowbone is an interesting one, but the journey is convoluted and out of focus. It feels like Sanchez had a great idea for an ending, but didn’t know how to get there. We’re introduced to Kyle Soller’s character, Tim Porter, whose sole purpose in the movie is a convenient plot device. He’s in love with Aliie (Anya Taylor-Joy), who’s in a relationship with our main protagonist, Jack (George MacKay). He’s in love with her simply because we can’t have our plot device doing absolutely nothing, can we? 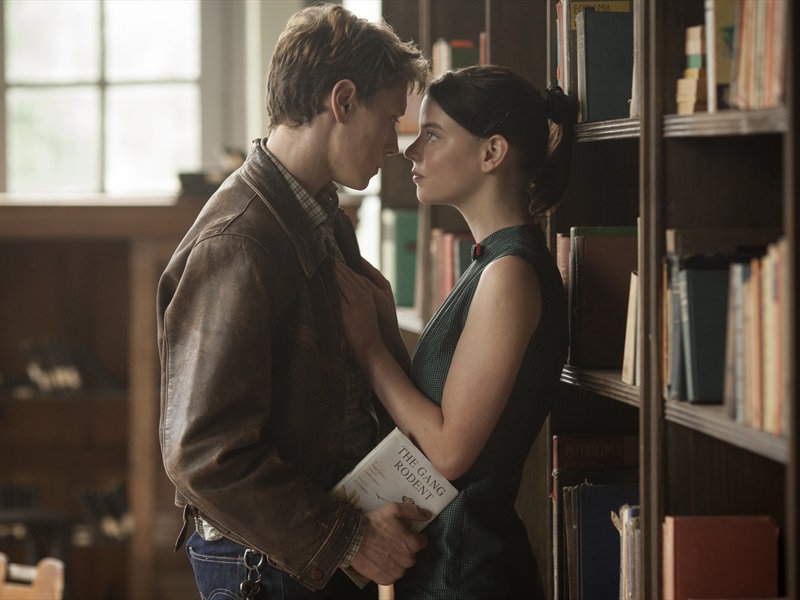 His character traits include ‘property agent in a dapper suit’ and ‘constipated-I-am-annoyed-at-the-world face.’ Towards the end of the movie, his boss, who we also know nothing about, tells him that he’ll lose his job if he doesn’t buy a share of the company for 5000 dollars. Is this relevant to the story? Nope. Does it provide interesting character development? Not one bit. This thread is forcefully introduced so that Porter can go into the Marrowbone house and ask them for money and by doing so, ‘uncover deep dark secrets.’ Things like these frustrate me. A badass reveal that catches you off guard (it really does catch you off guard), isn’t as impactful if whatever that comes before it is less than stellar.

I also can’t help but wonder what Anya Taylor-Joy is doing here. Her performances in “The Witch” and M. Night Shyamalan’s “Split” prove that she’s one of the more talented young actors working today. Here she plays Jack’s love interest who shows up every now and then. It’s a role that is too hollow for someone of her caliber.

Marrowbone had all the ingredients to be a great independent horror film. It should have been a tale with well-developed characters in and around an emotionally heavy family drama. Instead, it is just half decent: A film with a compelling premise but an underwhelming and often times messy journey. But while the story doesn’t flow smoothly, Sanchez’s work behind the camera makes each individual scene engrossing.

If anyone has any answers to my questions, please leave a comment below or tweet at me. It would be awesome if you could point out something I’m not seeing.

Marrowbone is half decent: A film with a compelling premise but an underwhelming and often times messy journey. But while the story doesn't flow smoothly, Sanchez's work behind the camera makes each individual scene engrossing.