That could have been so much more.

While director Chiu Keng Guan has been making movies since 2010, it wasn’t until The Journey in 2014, that things really blew up and his name became a household name in the country. The Journey is a progressive tale about an interracial relationship (between a Chinese girl and an Englishmen) and the struggles that come with it. There, the story is told through the prism of a liberal, English speaking Malaysian.

Then came Ola Bola, a film inspired by the true footballing events of the 80s. A story told from a more wholesome Malaysian perspective — after all, the only time our country seems to be truly united regardless of cultures and subcultures, are during sporting events. 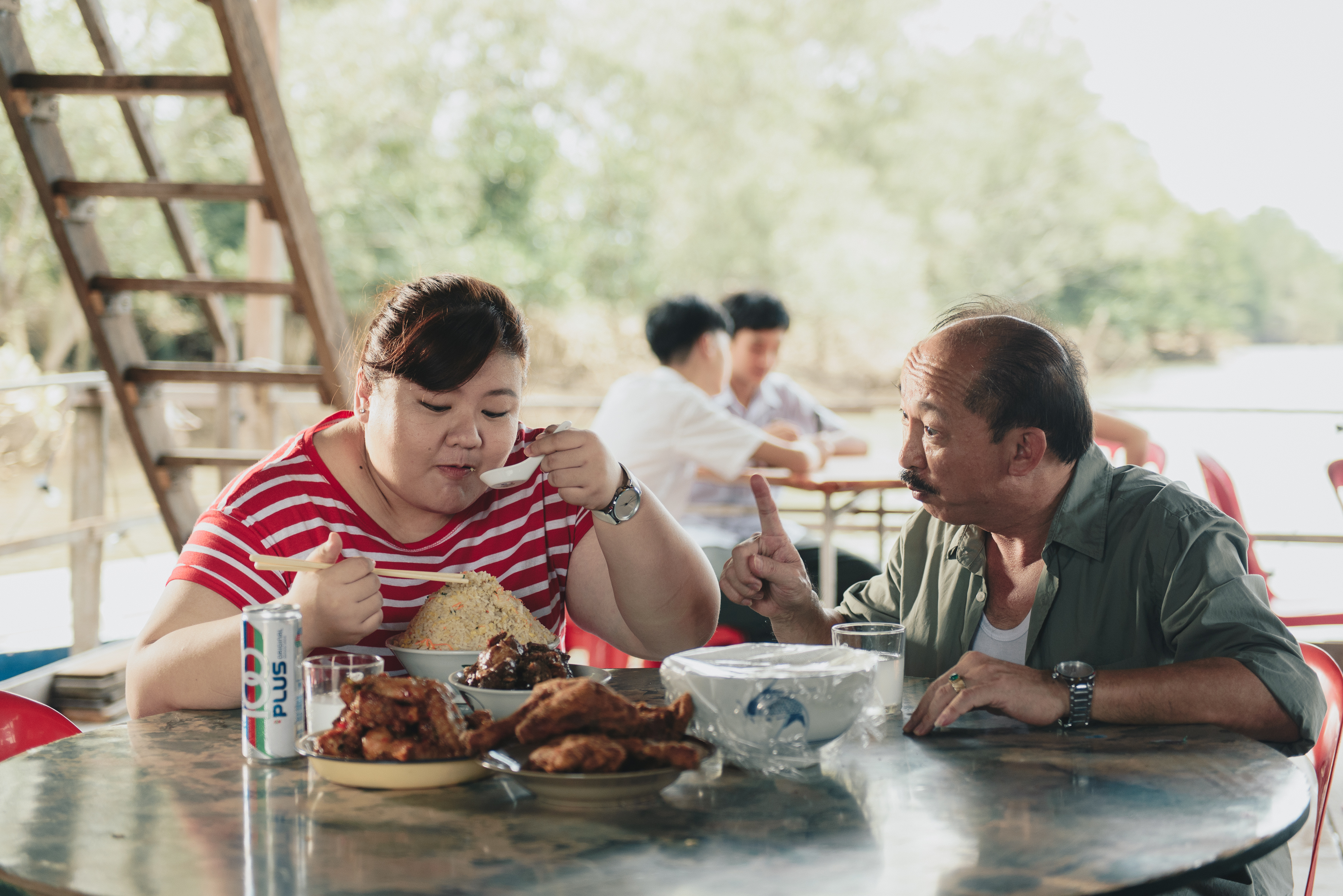 Think Big Big is Chiu’s latest outing as a director. But unlike The Journey and Ola Bola, this film is told from the perspective of the Malaysian Chinese speaking (i.e. Mandarin, Cantonese, etc.) community. It is a film where, not only is our protagonist Chinese, but everyone in and around her life as well. Her best friends, the men she chooses to date and even the people who follow her on her various social media platforms. The comments and replies are all written in Chinese, indicating that she doesn’t have followers (more on that later) who are, as we say, ‘banana’, either.

This isn’t a criticism. On the contrary, Chiu has made a film that gives us a truthful glimpse into that subculture. It is much like the Malaysian Tamil film Jagat, a few years ago which offered us a peek at the Malaysian Tamil speaking community in rural areas. What I do find weird is Chiu’s portrayal of Malaysia, particularly Kuala Lumpur.

According to the 2010 Census, the major ethnic groups in Kuala Lumpur are Malay/Bumiputera (45.9%), Chinese (43.2%), Indian (10.3%) and ‘other’ (1.6%). But in Think Big Big it seems to be 99.9% Chinese. There is a scene where we see an Indian couple step out of a boat waaaay in the background. A scene where we see Malays and Indians in an elevator, which lasts about two seconds. And another scene, where we see a Malay (or is it an Indian.. it’s unclear) in a mascot in a brief comedic exchange.

Why are the other races absent? Like in restaurants or the restaurant kitchen for that matter. Something I constantly found myself asking throughout this movie. For most people, this will just go over their heads. But for someone who sees movies as windows to the world and humanity, it can be slightly offputting. This may not have been by design, and it certainly isn’t something that ruins the movie, but it doesn’t change the fact that in a film where we get an honest peek at one subculture, we also get a somewhat distorted look at wider Malaysia. 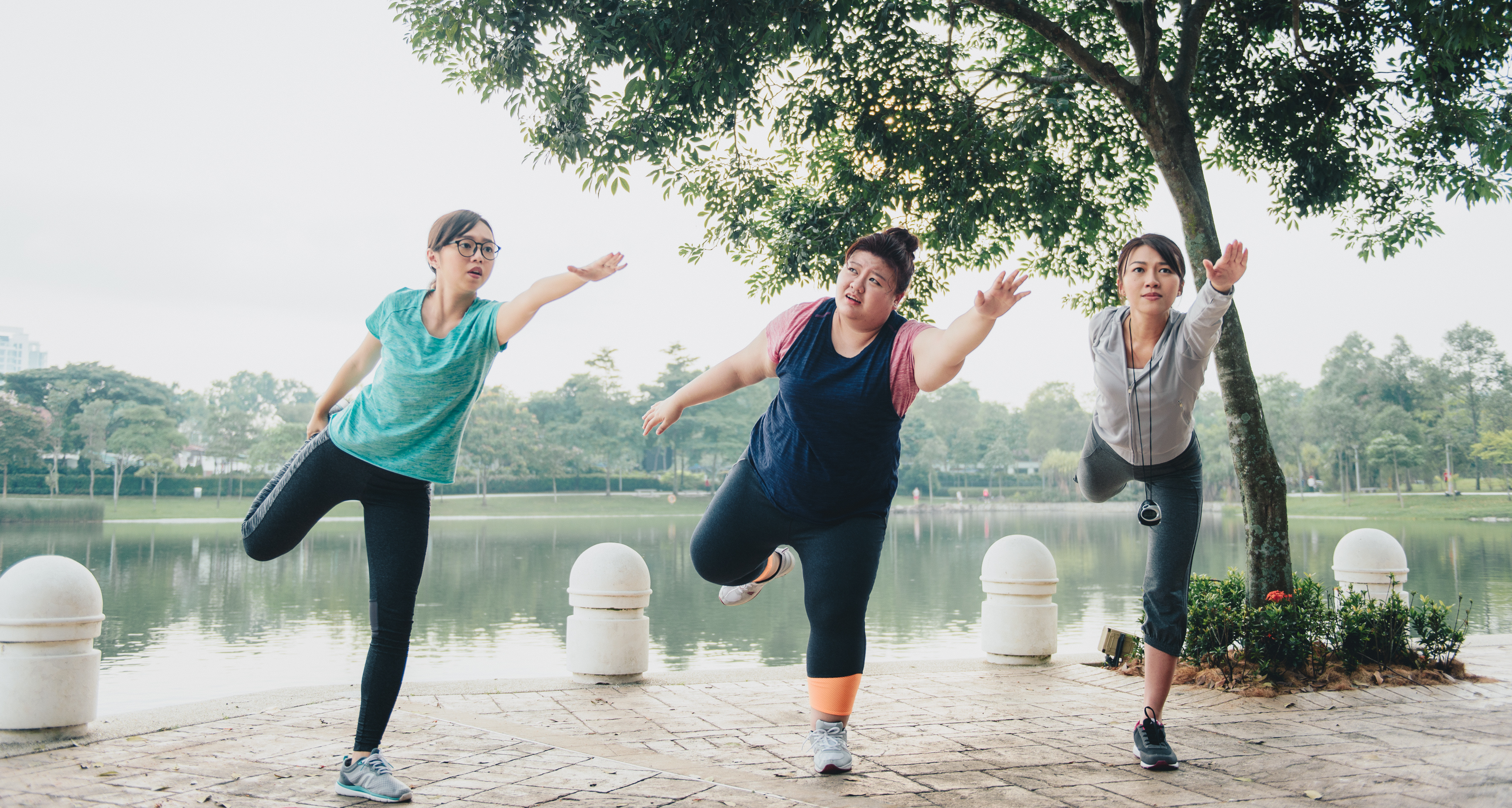 The story itself, is a good one. One of the problems I had with “Ola Bola” is the fact that it focuses less on its characters and more on the spectacle. Here, the writing is tighter. This is entirely a character-driven dramedy. Our protagonist, Lim Mun Yue — which translates to ‘moon’ — is a fat girl (yes I said fat. Fat isn’t a derogatory term but a neutral adjective) with a happy-go-lucky personality. She aspires to be an astronaut but is unable to pursue her dreams because of crappy grades in college. Instead, she becomes a mascot at Sunway Lagoon.

This version of Mun Yue is played wonderfully by Moon Yoong. Moon Yoong had the important task of making her character a thoroughly likable person and she succeeds. She’s a ball of fun. What surprised me is the lack of cheap fat jokes. Sure, there are some of those too, but for the most part, we’re laughing WITH Mun Yue, not AT her. And that’s a testament to the writing.

One thing leads to another and Mun Yue signs up for a weight loss competition. And this is where our adventure truly kicks in. Think Big Big follows Mun Yue through her weight loss journey, all the way to becoming a big-time social media influencer sponsored by a large corporation. 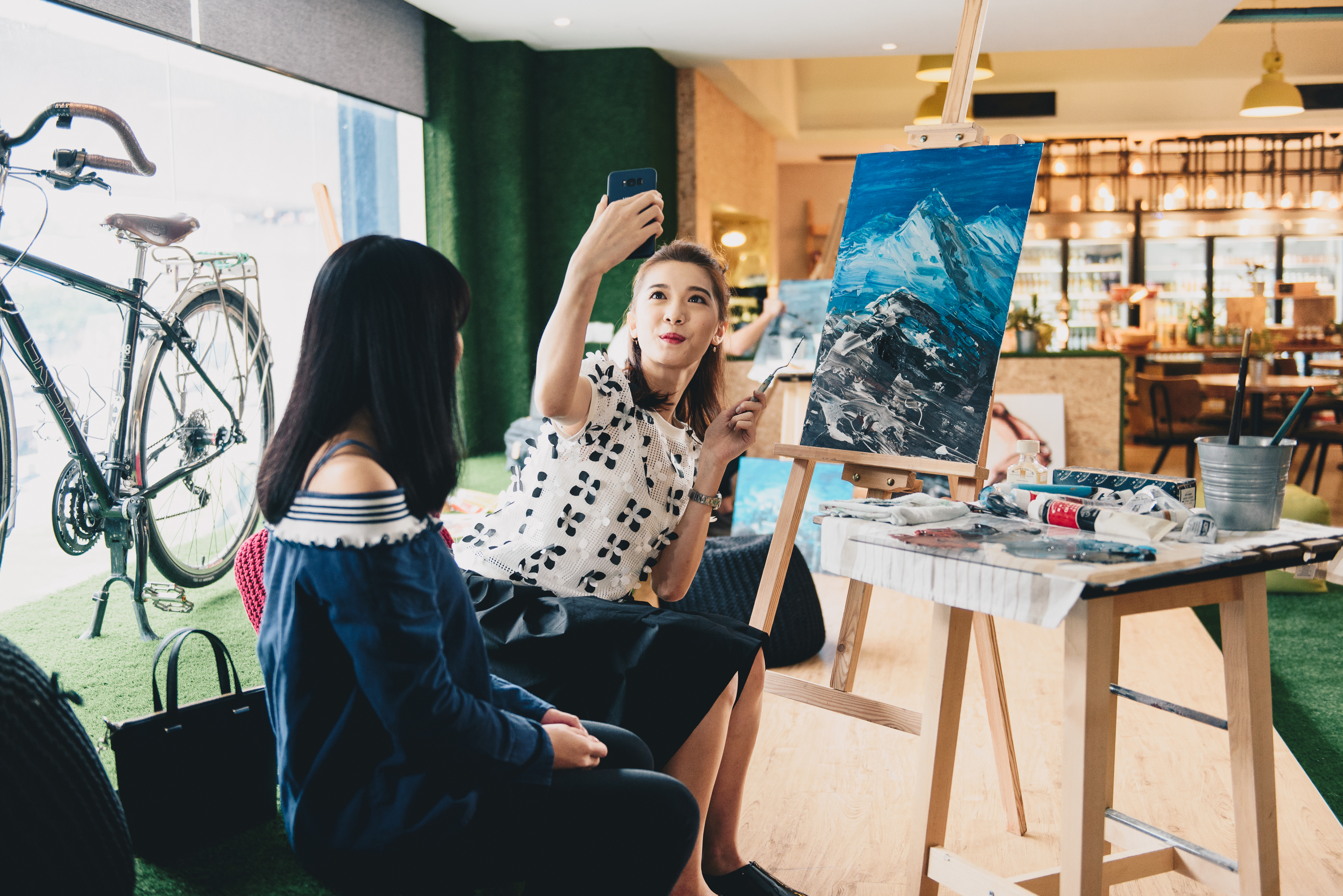 What’s great about the movie is its relentless push towards thinking big and finding happiness. Chiu does a good job telling you that you shouldn’t give other people, especially people who don’t even know you, the power to dictate what makes YOU happy. It’s important for each of us to find ourselves, know what makes us happy and pursue it. Whether you’re someone who aspires to be a chef, instead of the usual doctor, lawyer, engineer, accountant, or a fat kid who simply wants to jump into a swimming pool. Do it.

We also explore the importance of friendship and family, and these moments in the film are easily some of Chiu’s best work to date. The relationship between all three versions of Mun Yue (Fat, less fat [Joanne Lau], skinny [Serene Lim])  and her family is believable. Mun Yue, calling her parents ‘lengzai’ and ‘lenglui’ is a nice touch. The same can be said about her relationship with her best friends. Chiu does a good job creating a variety of characters, each with their own distinct personalities.

The attention to detail is noticeable. There are a couple of characters who are always calm and supportive even when our protagonist slowly starts to lose her way. We know that there will come a time in the story where even these characters put their feet down. When it happens, it’s emotionally heavy. I couldn’t help but tear.

This isn’t just a credit to the writing and Chiu’s directing, but also the good performances by all the cast, and the chemistry that flows through them. Serene Lim shines as skinny Mun Yue. She’s a douchebag, but we sense the conflict in her and understand why she does what she does. Her friends played by Ruby Yap, Vivienne Oon and Fabian Loo are all awesome in their roles too.

Think Big Big does stumble, though. This is a safe movie, one that doesn’t really explore its idea in depth or take storytelling chances. It’s mostly a movie about two extremes. The film antagonizes the idea of social media and being a social media influencer, not in a nuanced and interesting way like Black Mirror does, but in a very simplistic way.

I know a lot of social media influencers with tens of thousands of followers who are genuinely happy. But we don’t see that side of the coin here. But if we isolate the sequences that highlight social media obsession and look at it as individual scenes, they’re great. One comedic scene, in particular, does an excellent job in highlighting the pretentious facade social media can sometimes be.

The film also contradicts itself. When Mun Yue is trying to lose weight, her friends only allow her to eat a cherry tomato — which btw, is a very WRONG way to go about weight loss — but later when she chooses to eat merely salad, her friends are disappointed in her.

Think Big Big is an improvement from the ‘all spectacle, poor characters,’ “Ola Bola”. This is a character-driven story and I welcome that. It may be told from the perspective of one subculture, but the story is universal. With better exploration of its various discourses, this could have been a damn good film about societal expectations and finding happiness. As it is, Think Big Big is an enjoyable time at the cinema.

With better exploration of its various discourses, this could have been a damn good film about societal expectations and finding happiness. As it is, Think Big Big is an enjoyable time at the cinema.